Omar Rajab & Family ‘in the picture’ 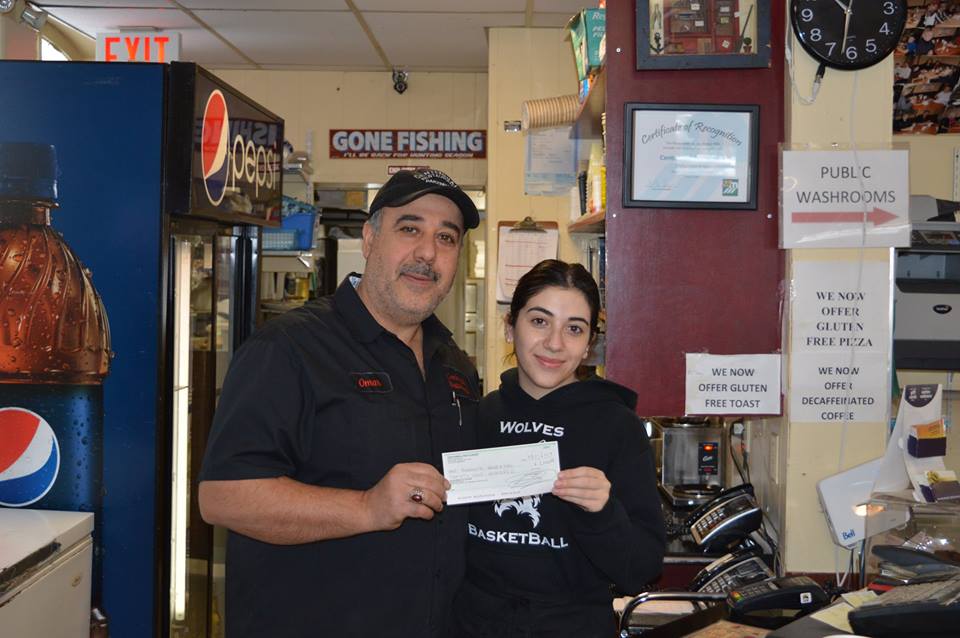 Omar Rajab, owner of the Centennial Restaurant in Pakenham, was all smiles when he and daughter Teya Rajab handed over a cheque for $2,100 to the Almonte General Hospital Fairview Manor Foundation in early January. Omar and his family hosted their annual Christmas Eve Breakfast at the restaurant from 7 a.m. to noon. More than 375 people showed up to enjoy a delicious breakfast, support the long-time Pakenham family’s annual fundraiser, and mix and mingle with friends, neighbours, fellow campers and regular patrons.

The Rajabs have owned the restaurant for 25 years and according to Omar, even some of his summer clientele who camp in the area along the beautiful Mississippi River during the summer, make the trip back to the restaurant on Dec. 24 to support the effort. In total 11 people, mostly Omar’s family, helped prepare and serve the food. “Everyone volunteers their time,” said Rajab.

With a buffet style breakfast rather than table service, they can move people through much more quickly so the customers lined up outside don’t have to wait so long. Rajab doesn’t charge for breakfast but asks patrons to donate whatever they can. This year’s total is approximately $600 more than last year.

Thanks to the Rajab family, volunteers and patrons who supported local health care close to home and ‘put themselves in the picture’ for new diagnostic imaging equipment at the Almonte General Hospital.