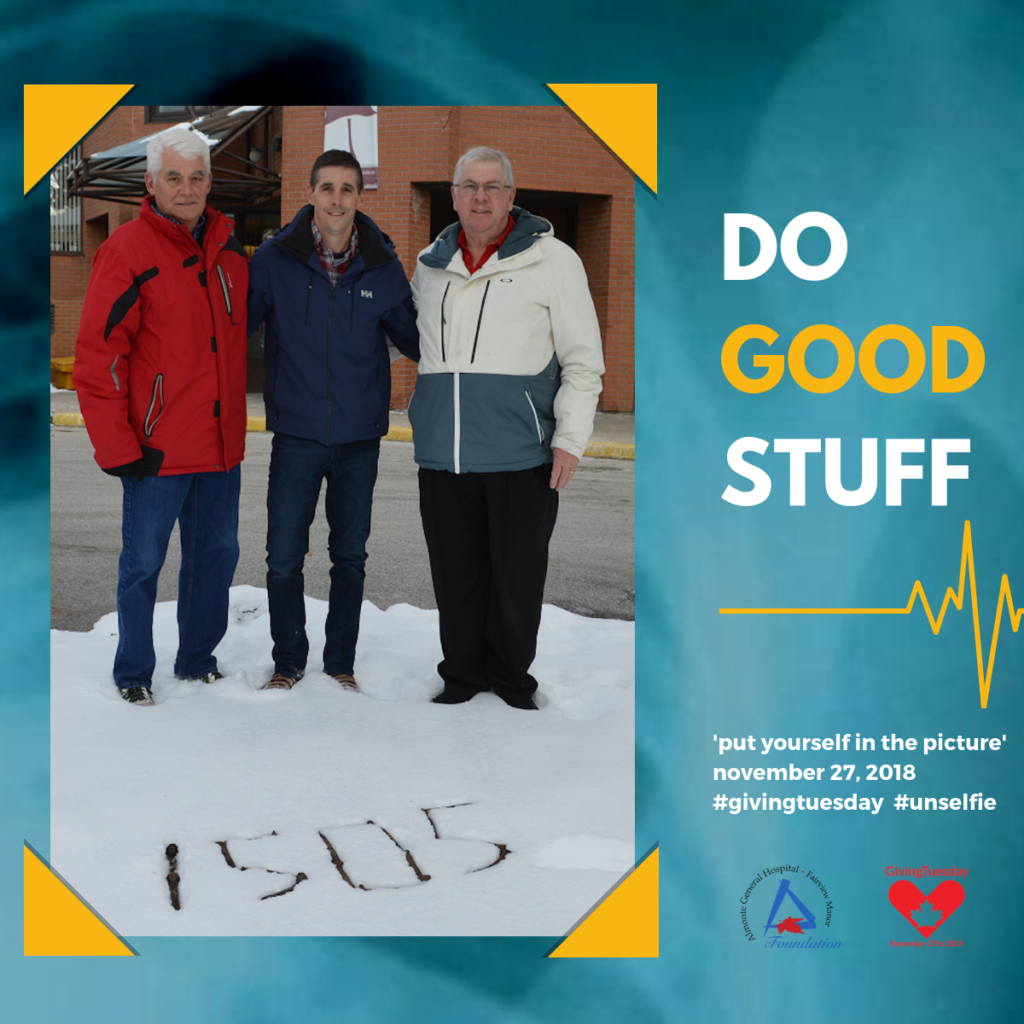 Pictured: Scott Newton, Chris Newton and Paul Virgin (Chair of the Mississippi River Power Corp and Co-Chair of the ‘Put Yourself in the Picture’ Campaign)

#GivingTuesday is a global movement where charities, companies and individuals join forces to showcase the importance of giving and volunteering.The recent efforts of Scott Newton (Mississippi River Power Corp.) and Chris Newton are a perfect example of community supporting community.

Chris and Scott retrieved, cleaned and sold railway spikes they removed from the river. A total of 214 spikes went to 69 supporters, raising a total of $1505 for the Almonte General Hospital Fairview Manor Foundation.

To Scott, Chris and all families who supported the AGH-FVM Foundation through the purchase of these spikes, thank you for #PuttingYourselfInThePicture