Dolly Toshack and Ruth Lowe first started volunteering at Fairview Manor over 40 years ago. Their husbands, Jack Toshack and Frank Lowe, used to volunteer with the Almonte Civitan Club. The men would set up and operate the bar during musical evenings at the Old Fairview Manor Dining Room. Dolly and Ruth would come to help by serving the drinks and the lunch.

During that time, Dolly and Ruth’s roles have increased. They joined the Fairview Manor Auxiliary approximately 26 years ago, and have been attending monthly meeting and helping out wherever they can. For instance, they became the Manor’s manicurists; twice a month they do the ladies’ nails. In the early days, Dolly would bring her granddaughters for the spa experience and Ruth would bring her grandson. They combined their helping here with babysitting too.

As the years have passed, their roles expanded even further to helping with many programs and events. They have modelled in the fashion shows, served at parties and teas, and pitched in in other ways where help was needed.

Both Dolly and Ruth have helped make the Auxiliary’s bazaars and apple pie days very successful because of their excellent baking, donations of pies and, of course, their date cookies too!

Dolly has served as President of the Fairview Manor Auxiliary and both dedicated volunteers remain actively involved and continue to be essential members of the Auxiliary team.

Dolly and Ruth, thank you for your 40 years of service. 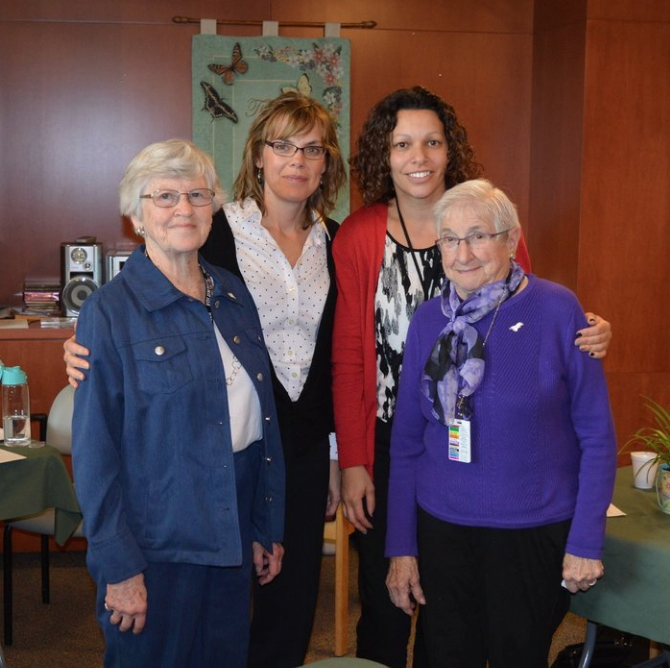