Barbara and Joe Reis ‘in the picture’ 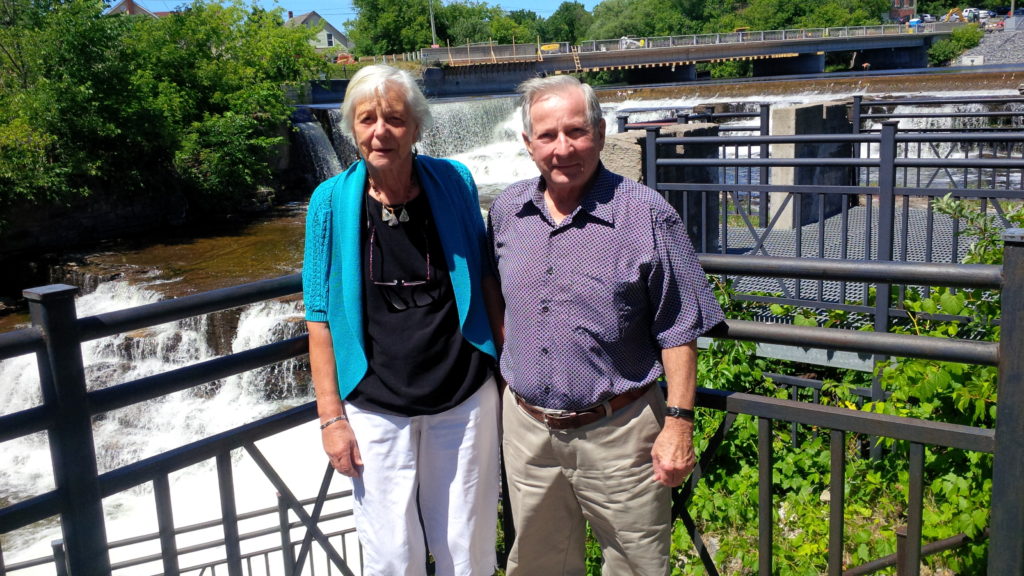 Barbara and Joe Reis had lived a number of different places including North Bay and Bob’s Lake before settling in Almonte 11 years ago. Barbara always worked at home raising their five children while Joe was involved in running his own business, Reis Equipment Centers. They also spent several years living on a farm just outside of Carleton Place where they grew sweet corn and soya beans.

In April of 2017 Joe had a mini stroke. In retrospect, he thinks he should have known it was coming because he’d been experiencing classic symptoms. Barbara and Joe now retired spend time in Florida during the winter and part of their daily routine is walking. Joe remembers now that he was experiencing shortness of breath that spring, which was uncharacteristic for the robust octogenarian.

“Two days after we got home,” said Joe, “I had the stroke.” He remembers being in the ambulance at AGH’s emergency and Dr. Franz Ferraris was telling him he’d be OK, and that they were sending him on to the Heart Institute.

Thankfully for Barbara and Joe, he received excellent care including a valve replacement and was back home within a few weeks.

Joe and Barbara decided to ‘put themselves in the picture’ to support both the Almonte General Hospital’s diagnostic imaging campaign, and also the Day Hospital and Physiotherapy Clinic because of Joe’s experience with the Hospital. He participated in a Day Hospital program for about six weeks, attending twice a week. Joe and Barbara couldn’t say enough good things about the therapists he worked with during that time who helped him build back up his strength on his left side.