Add a stylish ‘Cap’ to that Angel’s wings

The story starts in a hospital board meeting where the Hospital board wanted to know how they could support and help staff during the burgeoning pandemic. Dr. Ursula McGarry, attending the board in her role as Medical Advisory Committee representative, suggested staff needed more scrub caps because they helped keep heads covered thus preventing COVID from getting in people’s hair. Dr. McGarry also felt that the ones they were making, that had buttons on them for mask straps, were much better because they were helping to prevent sores around the ears from hours of wearing a mask.

Board member Susan Muston took up the challenge and joined with Glenna Watts to make scrub caps. They quickly became dubbed the Mad Hatters. To date they believe they have made over 100 caps. ‘They believe’ is used because they don’t really know the exact numbers as when it started it just ballooned.

To thank Dr. McGarry for suggesting the need for caps and her ongoing support through getting them into the hands, or should we say, onto the heads of staff, Susan and Glenna nominated her as their Guardian Angel. In their testimonial read during the pinning ceremony they wrote: “She always picked up the caps and brought them to the hospital and had them distributed.” They believed that given all the good doctor had on her plate at the time, she truly went above and beyond to help staff get these much-needed caps.

In the photo, Dr. McGarry is wearing a scrub cap that was made by Susan and Glenna and they wanted to thank Dr. McGarry for suggesting and organizing the scrub caps for hospital staff.

Angels all at work. 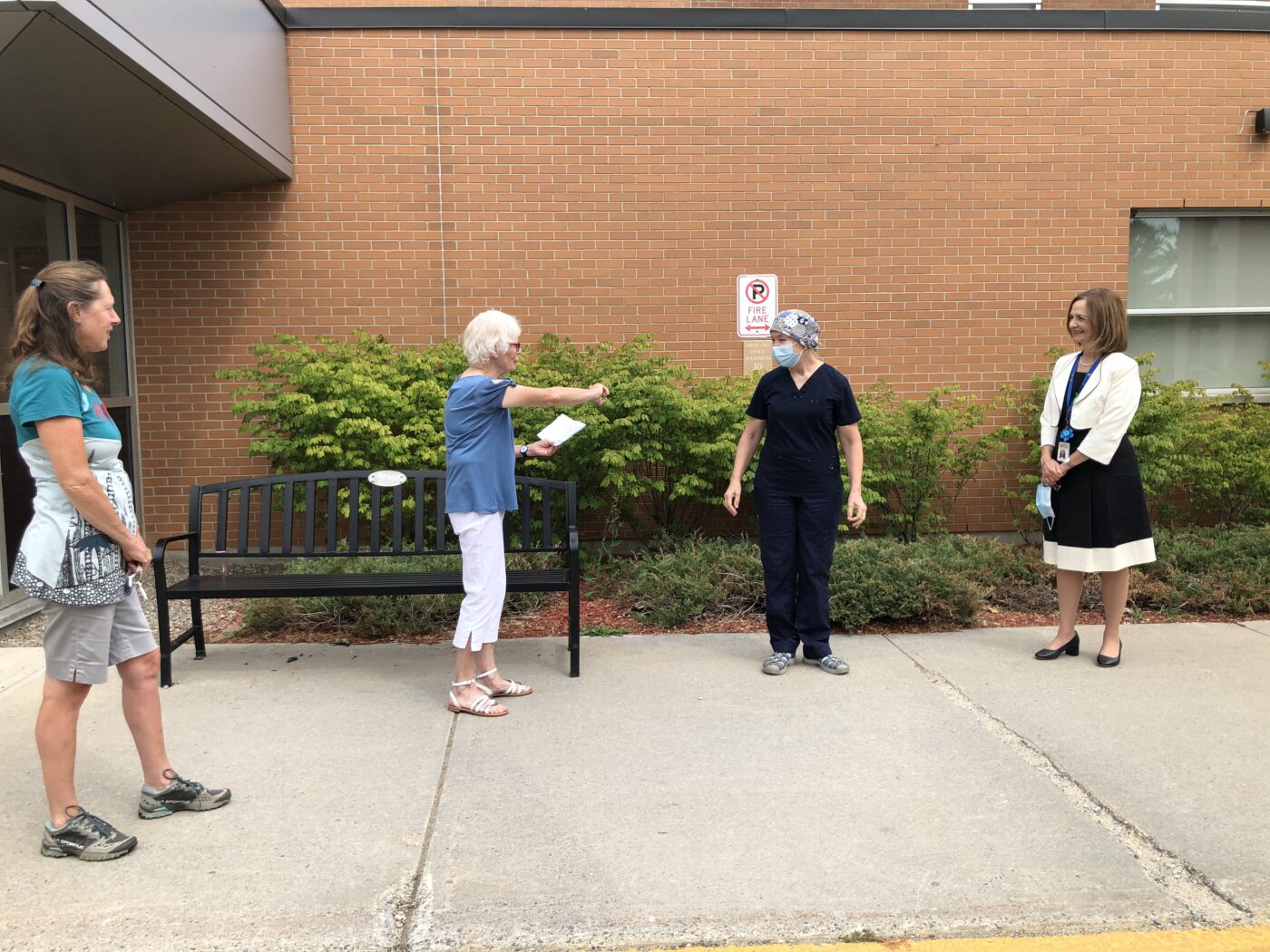