The Almonte General Hospital Foundation was incorporated under the Ontario Corporations Act on March 23, 2001.  The applicants and first directors of the Corporation were Mrs. Mary Huggessen, former Hospital Executive Director Ray Timmons and Mr. Lee. 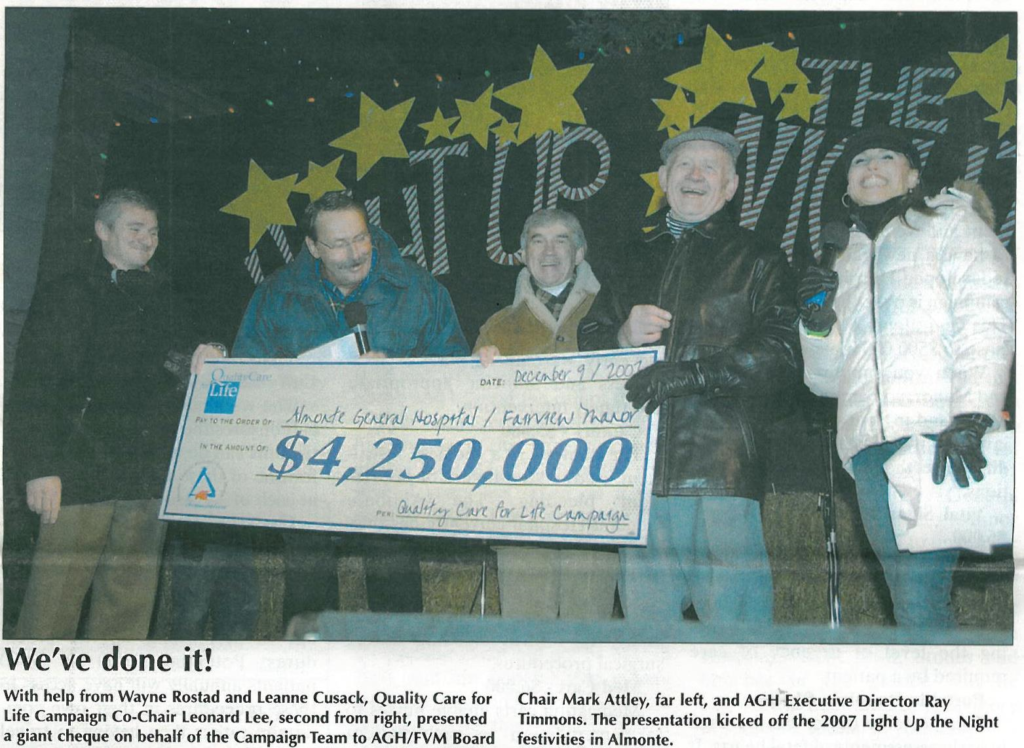 Mr. Lee when on to co-chair the Hospital’s first major capital fundraising campaign, Quality Care for Life, with Mrs. Hugessen.  The successful campaign, which took place from 2003-2008, helped fund the new Fairview Manor, which was expanded to 112 beds from 100, and saw renovations to the Emergency, Obstetrics, X-Ray and Ultrasound departments which were all completely modernized.  Their efforts helped encourage generous community support totalling $4 million of the total $29 million cost of the redevelopment of the Hospital and Manor.

As a much sought after speaker in business circles across North American because of his successful founding and expansion of both Lee Valley Tools and Canica Design, a medical tool company, Mr. Lee contributed thousands of dollars to the campaign himself by redirecting his speaker’s fees to the Hospital and Manor Foundation.  This was but one of the entrepreneurial ways Mr. Lee supported health care close to home, something about which he felt very strongly.  Mr. Lee remained active on the Foundation board until 2011.

The AGH-FVM family extends condolences to his wife Lorraine, sons Robin and James, and their families.

At the family’s request, donations are being directed to the AGH-FVM Foundation.