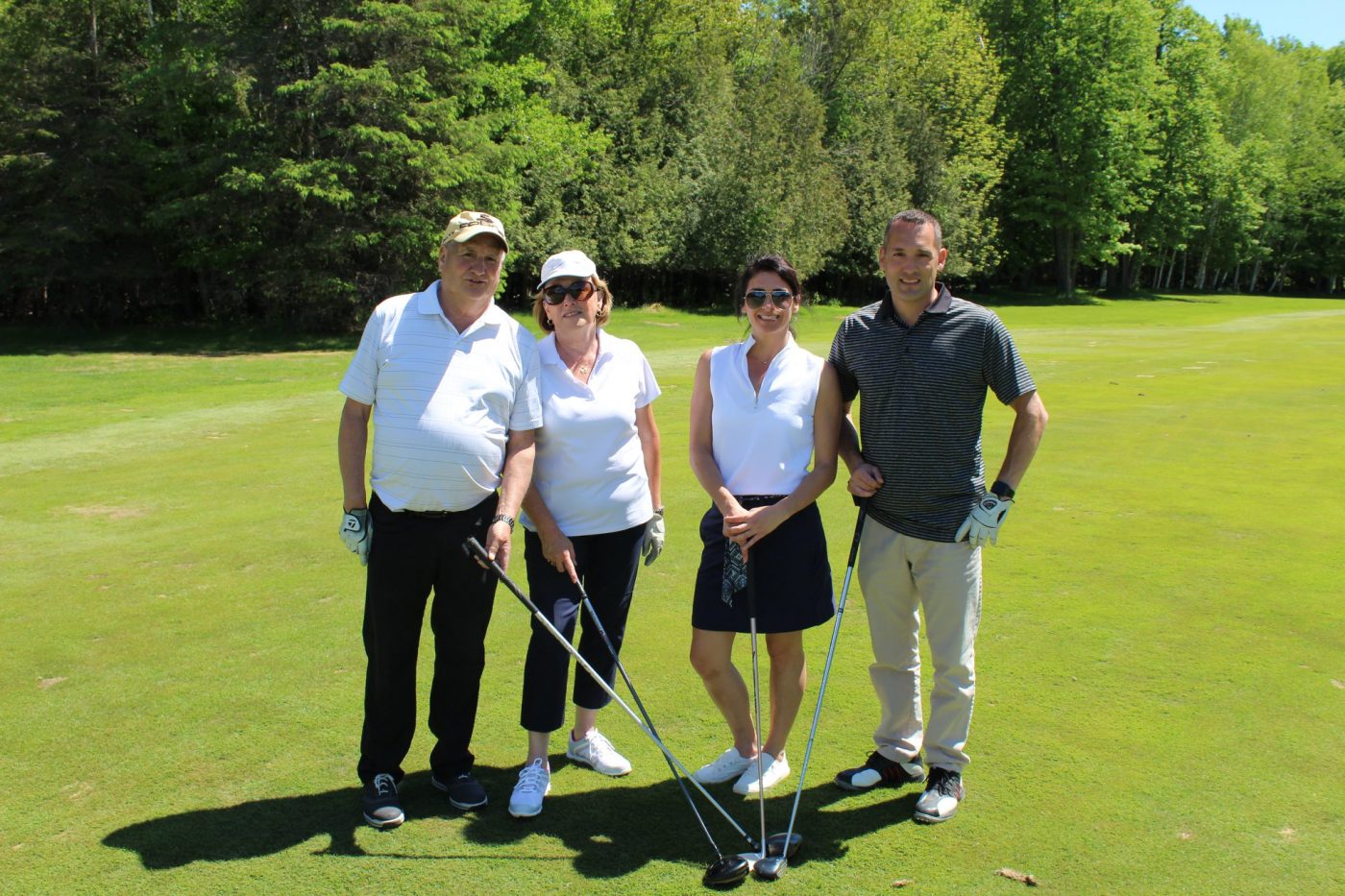 Mary Wilson Trider, President and CEO of Almonte General Hospital and Fairview Manor sent the golfers off with a heartfelt message. Trider told participants, “The Hospital and Fairview Manor count on funds provided by the community, through events like the golf day, to purchase replacement or new patient/resident care equipment. The provincial government funds the operating costs such as wages and medical supplies but does not provide dollars for our priority equipment needs.”

Foundation Managing Director, Al Roberts, introduced the first outstanding Foundation volunteer award. Named in honour of long-time golf committee volunteer the late Bert McIntyre, the Memorial Award will be presented each year by the Foundation to an outstanding volunteer who has made a major contribution to helping to raise funds. The inaugural award was given to his wife Norma, his daughter Tracy, son Ken and daughter-in-law Kimberley. McIntyre had volunteered countless hours to the annual Almonte Hospital Golf Classic over the 17 years that he was involved. His enthusiastic support helped raise thousands of dollars to enhance patient and resident care. It was a special moment to honour him.

As well as golfing, participants enjoyed hole prizes, raffle tickets and the opportunity to bid on live and silent auctions items which were donated by generous local businesses and individuals. Sponsorship accounted for a large portion of the funds raised. Patrice’s Independent Grocer was year’s major sponsor followed by Thomas Cavanagh Construction Limitedwho sponsored the lunch.

“So many people deserve a big thank you including all our golfers, sponsors, auction item and prize donors, dinner guests, volunteers and golf committee members,” said Roberts. Funds raised will benefit the ‘Put Yourself in the Picture’ campaign to bring CT scan to the Hospital.” 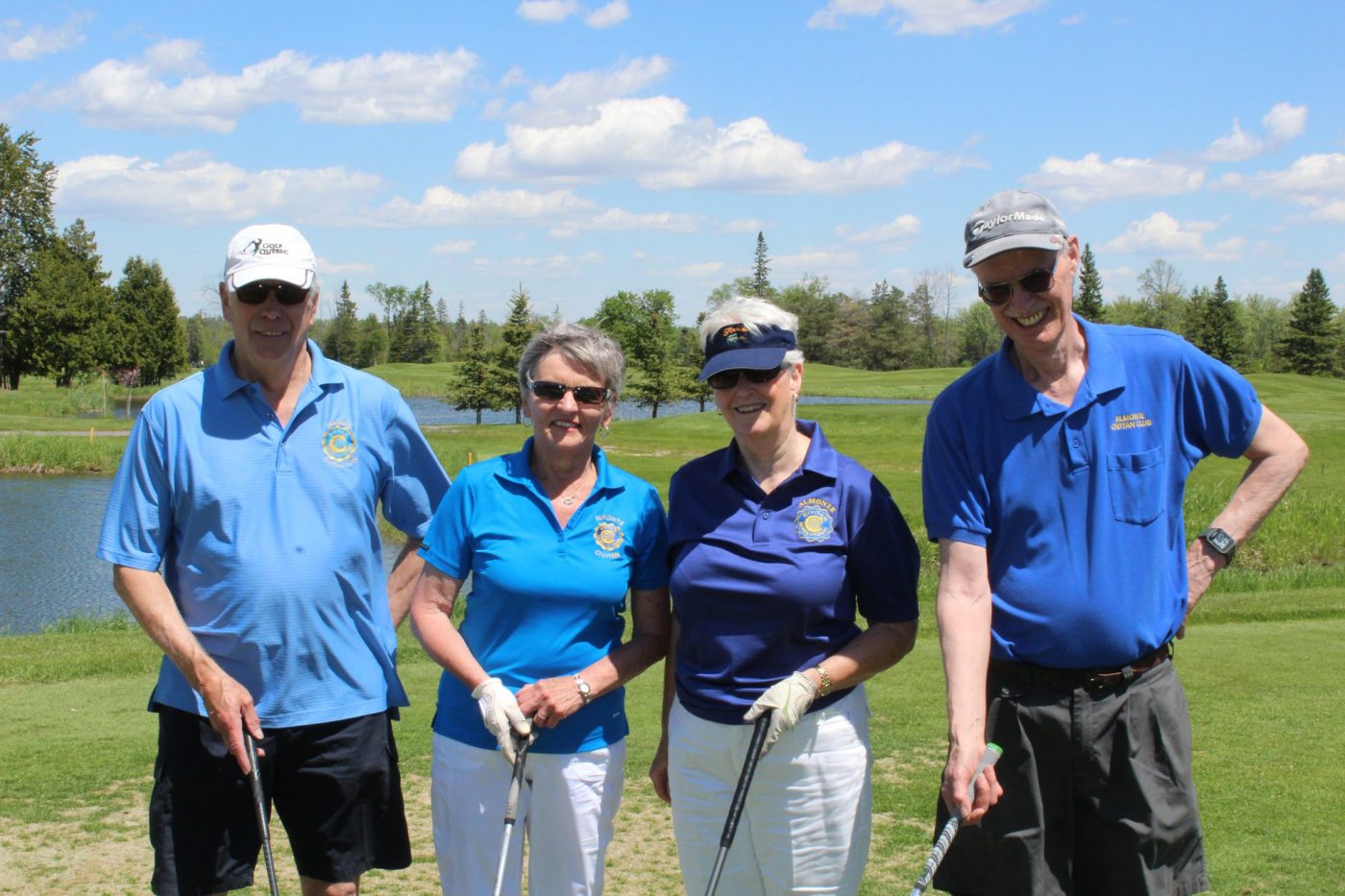 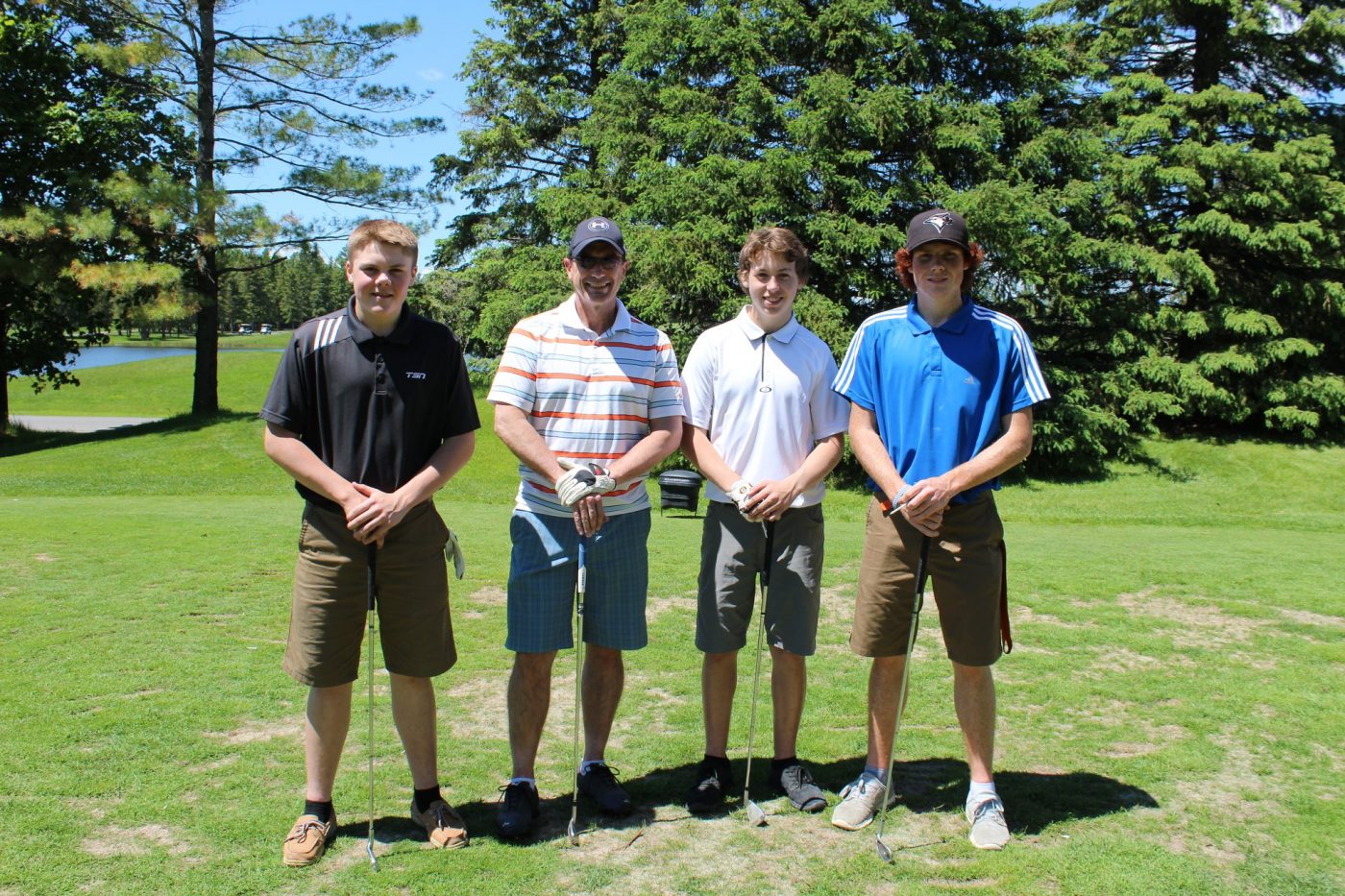 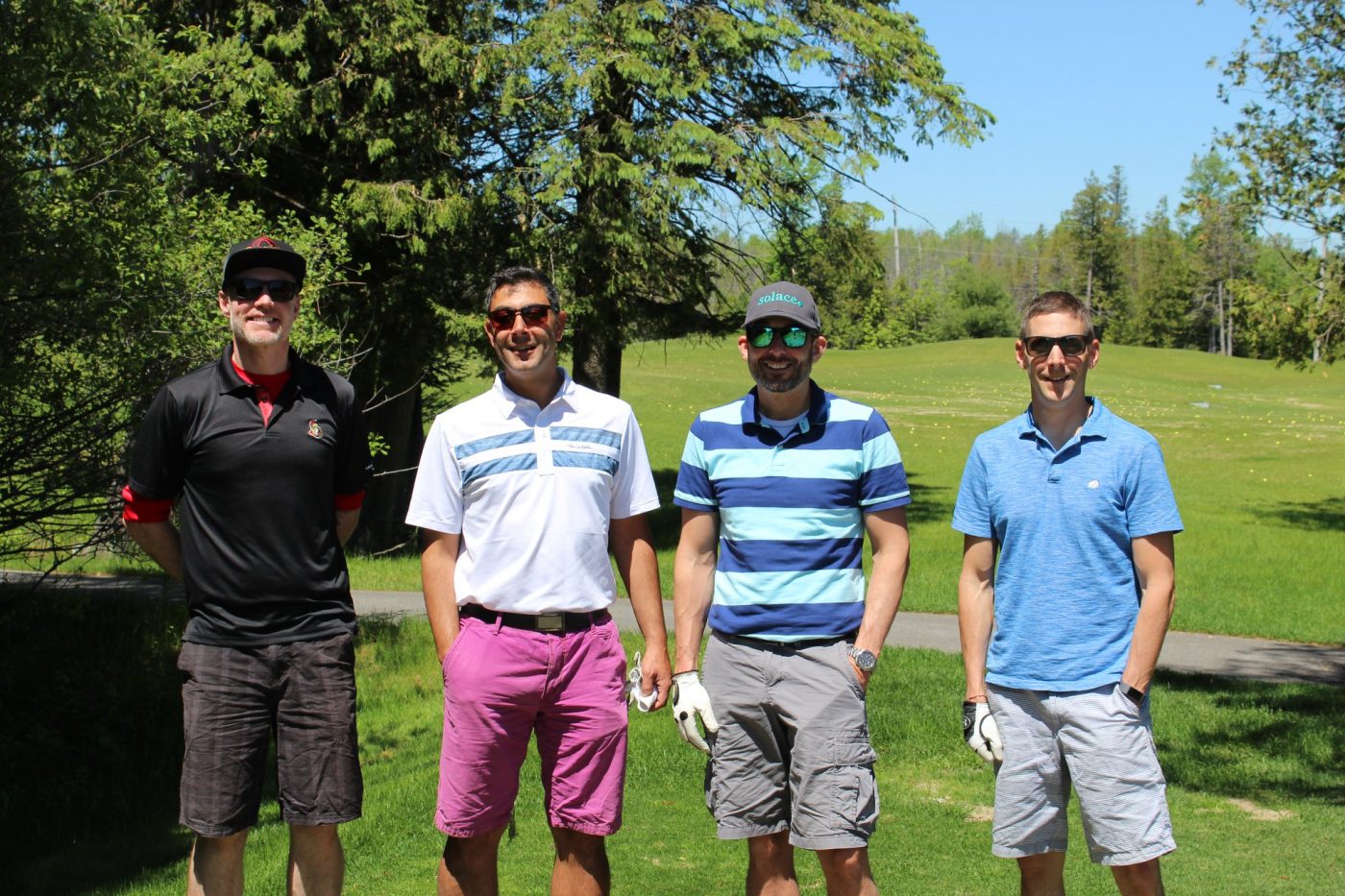 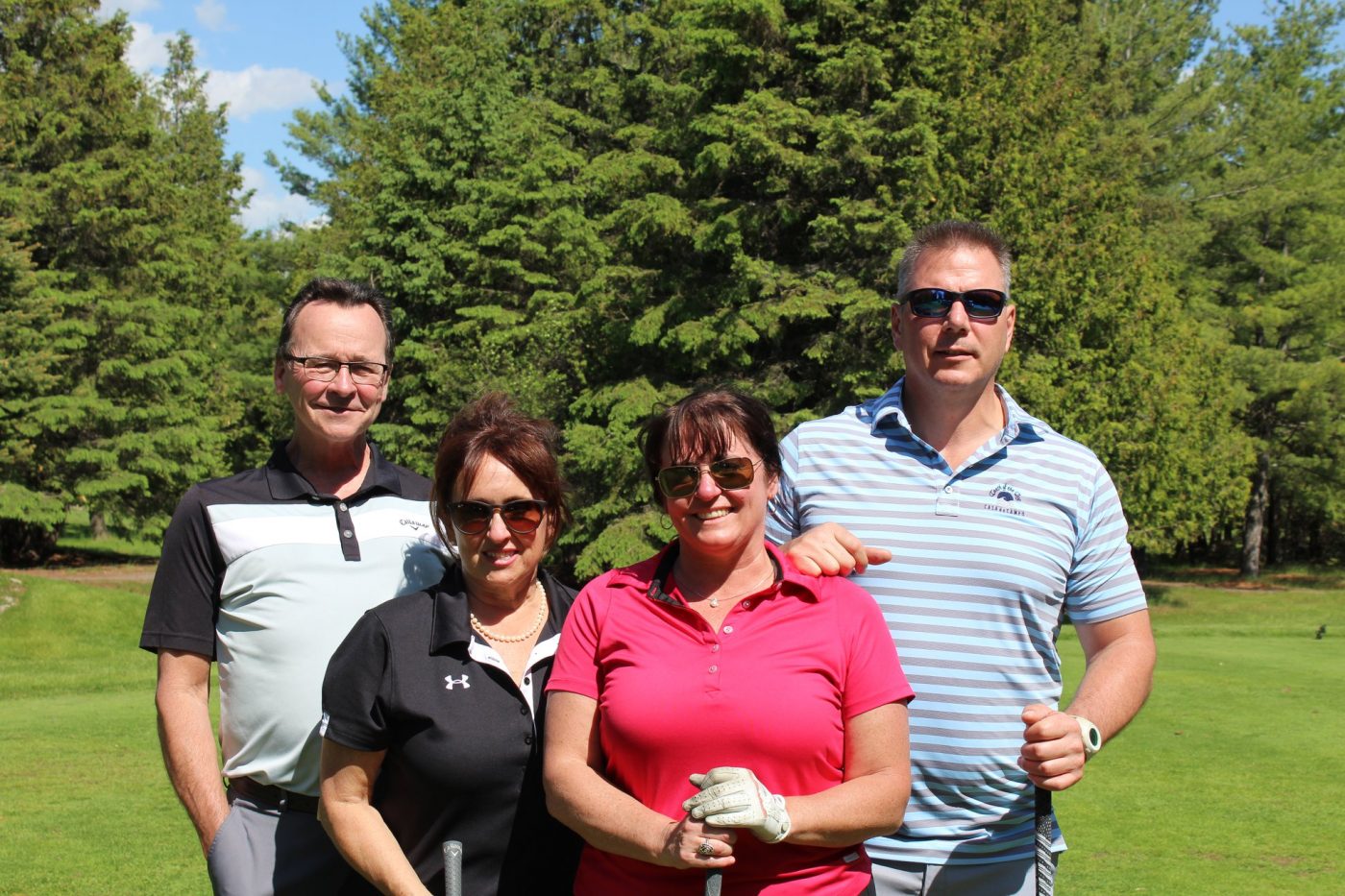 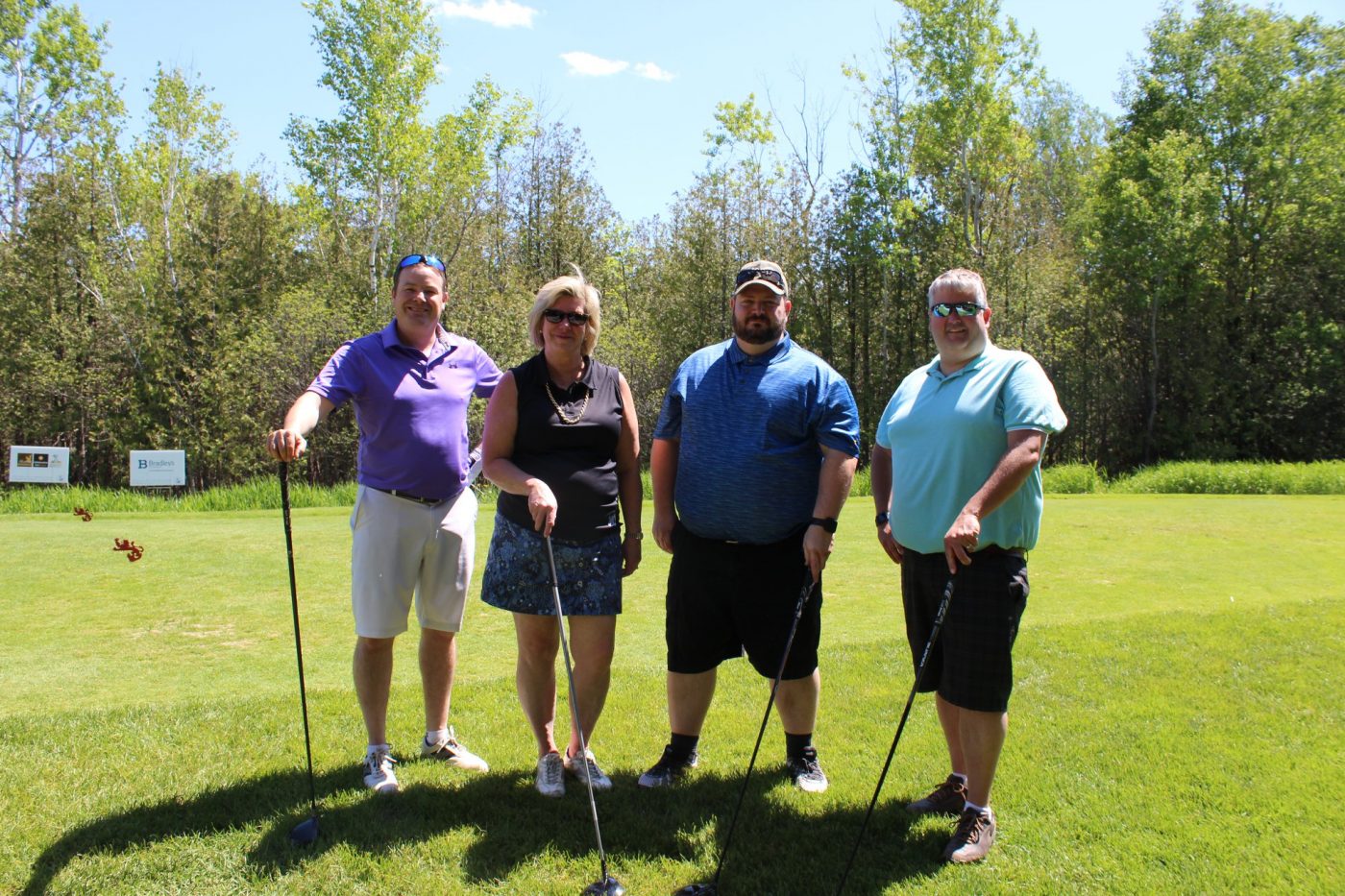 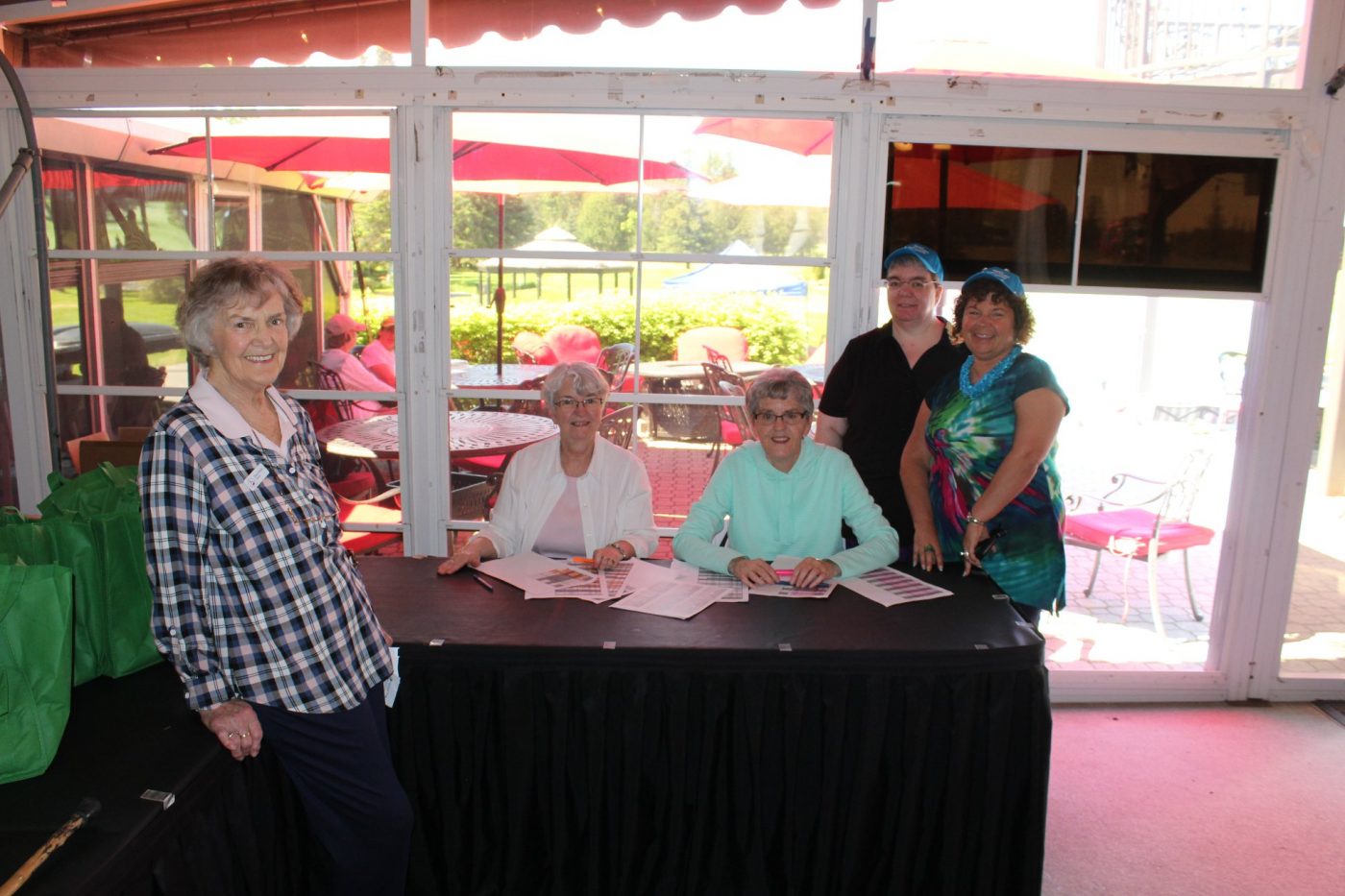