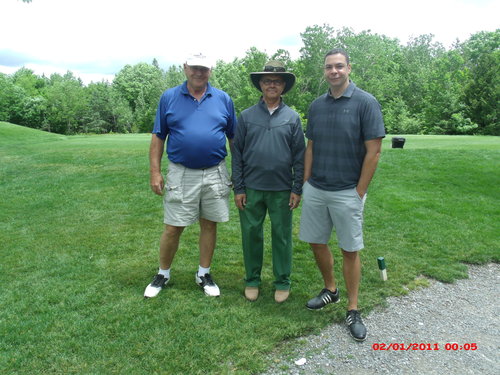 Pat Chartrand, 65, spends two mornings a week volunteering at the Almonte General Hospital Day Hospital.  He feels it’s the least he can do to support the organization that helped him regain his independence after a devastating health scare.

Pat and wife Lucie have lived in the Almonte area on the Old Perth Road since 1981.  They moved out of Ottawa to get “back to the land.”  They’d used the hospital a few times, including the birth of one of their children which was a wonderful experience, but Pat says, “We had sort of started to take the hospital for granted.”

Then came the day in December 2005 that he went into the Emergency Department at the Almonte General Hospital. “I’d never been that ill before”, is how Pat described how he was feeling. 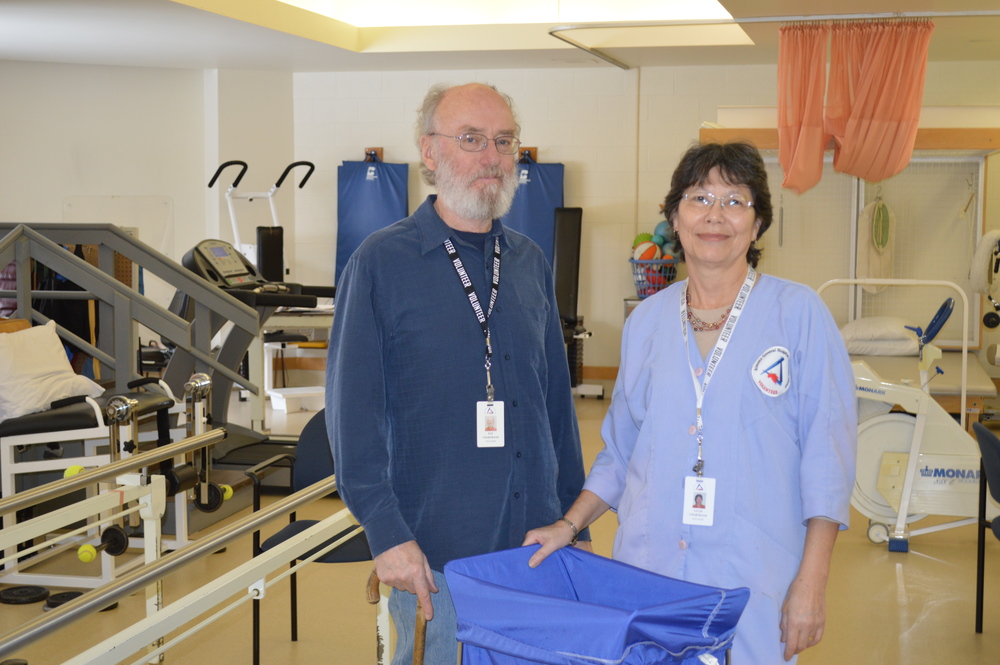 After being examined, Pat was sent home with a requisition for blood work which was then followed up with a chest x-ray.  This seemed to confirm pneumonia was the culprit.  Being an otherwise healthy, active person who ran his own construction business, Pat didn’t think too much more about it.

Six days later and feeling like the pneumonia was getting better, he decided to return to the Emergency Room at AGH because now he was experiencing some left-side weakness.

This ER visit turned into trip to the Ottawa Hospital and a series of Cat Scans. No one in Pat’s family could have been prepared for the eventual diagnosis.

Pat was told he had inoperable brain cancer with about a 10% chance of still being alive in five years.  Pat fudged some of the details when telling his family.  “I was kind of in shock,” remembers Pat. “I wanted to protect them.”

Never the less, his doctors wanted to begin treatment immediately. They would bombard the cancer with radiation and then try to remove any remaining cancer in surgery.

Six days into the 10-day course of intense radiation on his brain, Pat also underwent another biopsy.  He remembers receiving the news.  “You don’t have cancer…” What Pat was fighting had been a severe brain infection.

Obviously he and his entire family were over the moon with relief.  Pat could look forward to a future with his family but, by then damage had been done and he knew the future would be very different.

After surgery to remove the infection, Pat returned to the AGH and spent three weeks on the Medical Surgical floor waiting for a placement in an Inpatient Rehabilitation program.  Being back in Almonte, close to family and friends, was both good for his health and his spirits.  Finally he was moved to a rehab inpatient program in Perth.  Then he came back to the AGH Day Hospital program for the final step of his recovery.

Pat can’t say enough good things about the staff of the rehab program and AGH’s Day Hospital that helped him normalize his life.  “It was a long grind,” he says, having gone from a wheel chair to a walker to a cane. “They helped me gain back much of my independence.”

Volunteering with the Day Hospital is Pat’s way of giving back.

He remembers when he left the program as a patient, how much he missed the place and most importantly the people.  So, he started volunteering for the program in 2008 and thinks he’ll continue for the foreseeable future. Lucie began volunteering with the Hospital after retiring in 2014.  She helps out in the physiotherapy department.  Both are also proud to be donors to the Foundation.

“I’ve learned a lot by being a volunteer that I can now share with the new patients,” says Pat.

According to Peggy Wallace, the Director of the Day Hospital & Occupational therapy, “Pat is an inspiration to many of the patients we see who come through the doors facing the same daunting challenges that he did, all those years ago.”