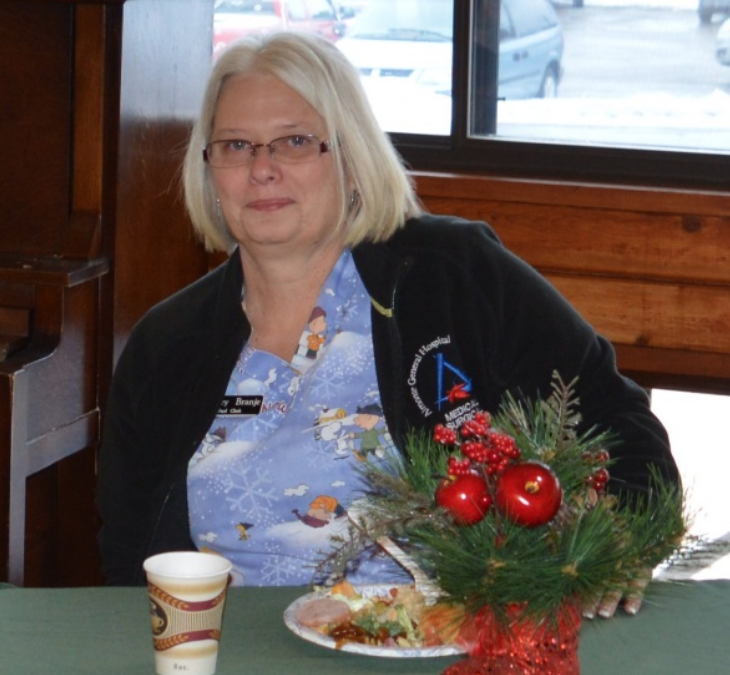 Shelley Branje, Ward Clerk. Shelly was nominated by Jack, the husband of a former patient. Jack had many hours over the last three months of his wife life to watch the comings and goings of the staff. While he says that he found there to be many remarkable members of the team, Shelley stood out. “She was the person everyone turned to. She always had the answers or found them out. She arranged everything and did it with a smile.” Jack said. “And that’s why she is my Guardian Angel.” Jack was thrilled to present Shelley with her pin in December 2014.

Shelley has been a valued member of the AGH-FVM team since October 8, 1989. 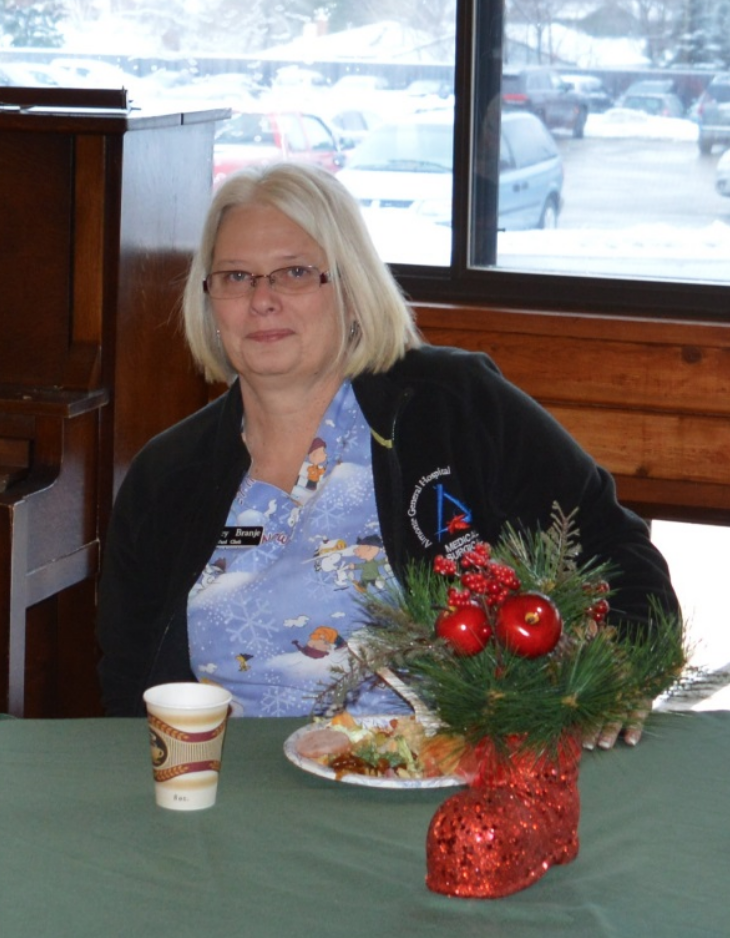 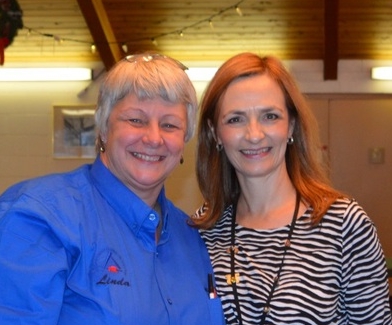 Linda Duncan, Lead Hand.  Linda was nominated by an anonymous donor who is also a co-worker.  Linda’s colleague describes her as, “A knowledgeable and fair boss who has always been driven.  She is hard-working, always on top of things.” President and CEO Mary Wilson Trider presented Linda with her Guardian Angel pin in December 2014.